So today’s video is going to help protect you from some of the most common and costly solar mistakes so one of the first things that I would advise everybody to do is obviously check with your accountant because 26 percent of the solar project could be quite a big and costly mistake.

The second thing I would advise you is to take a hard look at your roof. You know most solar panel installations are going to involve some type of mechanical manipulation with what the current roofing structure is if it’s old. if it’s brittle. it’s not going to work.

So let me give you an example. If your roof is 14 years old and you’re considering solar panels what could very well happen is that a 14-year-old roof is still probably in pretty good shape. You get the solar panels installed and then you know three months later your insurance company says, hey your roof’s approaching 15 years old. If you want to continue the coverage, you need to replace the roof.

The good news is… a lot of these things can be rolled into a solar project. The bad news is if your solar is already on the roof, you are going to be out of pocket for removing those solar panels. Replacing your roof and then having the solar panels reinstalled, it would have been much better to wait or to replace the roof and solar panels at the same time.

So, a ballpark figure to have solar panels removed or replaced could be less or more depending on how large your array is, that could be $5000 or so. That could be a costly mistake.

So again… the solar tax credit number one most costly mistake. Having to remove the solar panels on your own dime is another costly mistake The third costly mistake is just selecting the wrong type of financing. If you are in the mindset that your solar array is going to be paid off pretty quickly it may be better to go with a higher interest rate. The shorter-term higher payment you end up paying less for a lot of the financing costs by going that route.

However, it may be a better move for you if all you want to do is pay the same pretty much as you’re paying your electric bill to go with a longer finance plan with a lower minimum payment and a much lower interest rate.

Again between talking to a solar consultant that you trust and your accountant and by following a couple of these steps I’m confident this can keep most people protected from making some of the most costly mistakes in solar installation.

The last thing is just to know who you’re dealing with and read reviews. I represent several solar companies, ones that I know are going to do the absolute best job they can what are which are the best fit for you. I would encourage you to go read my reviews. Go on Sunbility who I’ve been with the longest. Go on their google reviews, there are over a hundred five-star reviews and nothing other than five-star reviews on Joe Nash over the past three and a half years. So if that doesn’t speak to the level of trust that my customers have put in me the repeat business that I get from referrals that’s who I am and that’s the kind of guy that you want working for you when you’re contemplating your project.

If you’re thinking about a solar installation in Orlando, Fl I would be happy to help you decide if solar is a good decision for you. Just hit the green call button or send me a message at [email protected] I look forward to helping you.

These are 7 Trends When Building a Home in Florida, and how to incorporate them… Florida is a state of many identities, from the vacation capital of the nation, to a gorgeous area full of southern charm and incredible wildlife, even to being a great state to start a family: so building a home here… 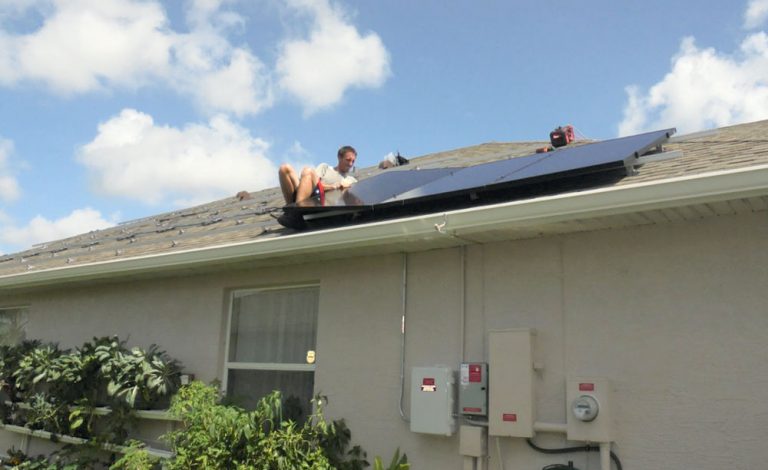 I have been helping people go solar by providing solar energy consulting services for about two years now. I’ve helped well over a hundred people take advantage of the federal tax credits and breaking the Utility Company’s monopoly on their electricity and their cash. I have often been asked by perspective clients “Do you have…

A behind-the-scenes talk with Florida Solar Installers. If you’re thinking of going solar in Florida, contact us for a FREE, no-BS consultation. In this video, we have two solar installers in Orlando, Florida discussing what you need to know about solar. Joe, from Joe Does Solar by LMNdeavors says the industry depends on what you…